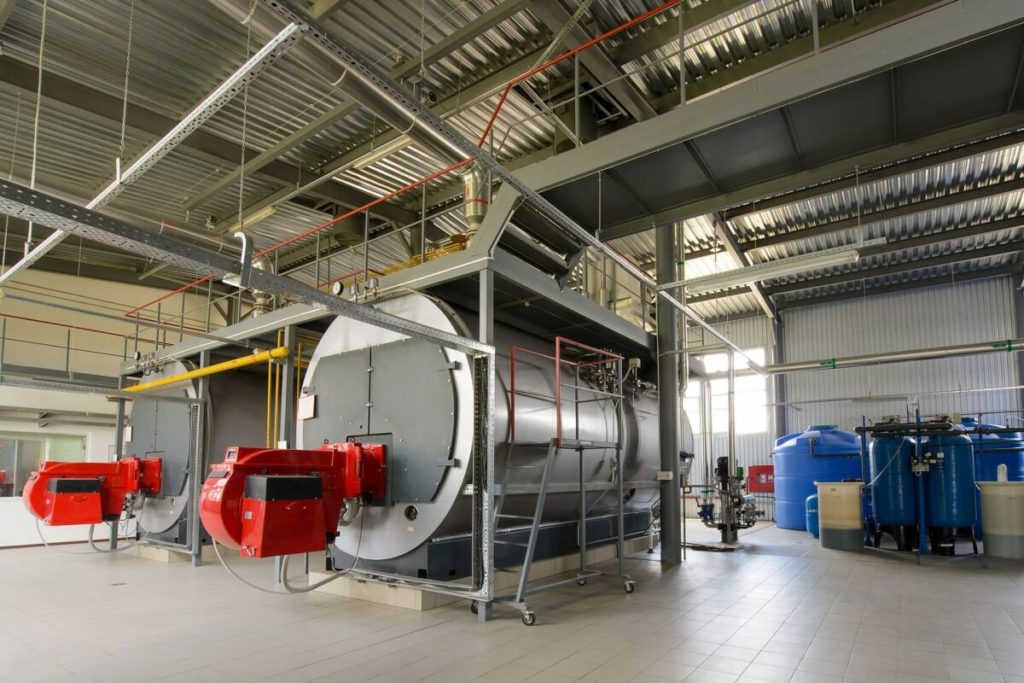 The boiler is the core of any industrial boiler system. It is a closed vessel that contains the water or other fluid to be heated. The fluid is heated using either a combustible fuel such as natural gas, oil, or propane, or an electric element. The heated fluid is then circulated through a system of pipes, valves, and other components to the areas of the industrial process that require heat.

Steam is the most common form of energy generated by an industrial boiler. Steam is created when the heated fluid (usually water) vaporizes and turns into a vapor. The vapor is then piped to the areas of the industrial process that require steam. The steam pressure is regulated by a pressure regulator, which keeps the pressure at a safe level for the industrial process.

Industrial boilers can generate very hot temperatures, often in excess of 350 degrees Fahrenheit. This hot temperature is used to heat fluids for industrial processes, such as sterilization, distillation, and other processes that require high temperatures. The hot temperatures can also be used to generate steam, which is then used to power generators or turbines. 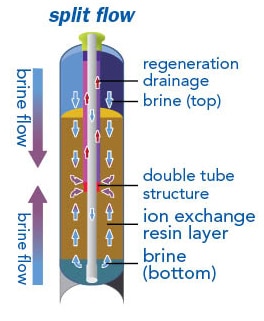 Steam: The Power of Industrial Heating

Steam has been a powerful force in the industrial world for centuries. With its ability to generate heat from the boiling of water, steam has been used to power countless machines and processes. Steam is capable of providing a reliable and efficient source of heating, allowing for the efficient working of fuel-powered engines.

Steam is generated by boiling water in large vessels, creating a high-pressure steam that is fed into pipes and conduits. This steam can then be used to power a wide range of machines, such as turbines, boilers, and pumps. Steam can also be used to heat buildings, either directly or indirectly, through the use of radiators or convection.

Steam is a highly efficient form of energy, and its ability to provide a reliable and efficient source of heat has made it an invaluable tool in the industrial world. Steam has been used to power factories, mills, locomotives, and ships, as well as being used for domestic heating. Its versatility has made it one of the most important sources of energy for many industries.

Fire is a chemical reaction between oxygen and a fuel source. It is an important source of heat and light, and can be beneficial or destructive depending on how it is managed. Fire can be a valuable tool used to cook food, provide warmth, and even protect against predators. In many cases, however, fire can be destructive, especially when it is not managed properly.

Boiler maintenance is essential for keeping the area safe and for ensuring the most efficient operation of boiler applications. Regular maintenance should include inspection of all components, such as the tubes, valves, and pumps, as well as the application of necessary chemical treatments. Depending on the type of boiler, additional maintenance may be required, such as cleaning, adjusting, or replacing parts. All maintenance should be done in accordance with the manufacturer’s recommendations. 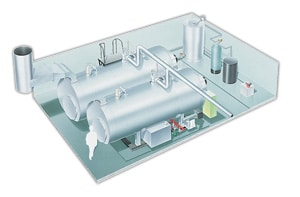 Boilers are machines that use hot steam produced by burning coal to generate power or energy. This process is known as animation and is the basis of many industries. Boilers are also used to create hot water and heat homes. Boilers are a vital part of many industrial processes, as they can generate energy quickly and efficiently. Coal is the most commonly used fuel for boilers, but other fuels such as wood, oil, and natural gas can also be used.

A furnace is a device that is used to heat a living or work space by using water and boiler to generate heat. To do this, the furnace uses a system of pipes that circulate heated water or gases to different areas of the space. The water or gases are heated by the boiler, which is a large metal container that holds and heats water until it turns into steam. The steam is then forced through the pipes to heat the space. The heat is then released back into the atmosphere through vents or radiators in the walls. Furnaces are often used in residential homes, apartments, and office buildings to keep the inside temperature comfortable.

Coal is a combustible black or brownish-black sedimentary rock that is composed mainly of carbon and hydrocarbons. It is one of the most important fossil fuels, along with oil and natural gas. Coal is formed over millions of years by the decomposition of plant material under high pressure and temperature. The resulting material is a combustible mix of organic compounds, including carbon, hydrogen, nitrogen and sulfur.

Coal is used to generate electricity and heat homes and businesses. It is also used in steel and cement production, and in many other industrial processes. Coal is burned in a furnace or boiler to produce heat, which is then used to generate steam that is used to power turbines and generators. The heat from the burning coal is also used to heat water in a process called a “tube”. This process is used in some power plants to generate electricity.

Boilers and industrial steam heating systems are some of the most efficient ways to provide heat for a wide variety of applications. Boilers are used to generate steam, which can be used for both heating and power generation. Industrial steam heating systems are capable of providing efficient, economical and reliable heating for a variety of industrial processes.

Boilers are designed to generate steam by burning a fuel source such as coal, oil, natural gas, or wood. The steam is then used to heat buildings and other structures. Industrial steam boilers are typically much larger than residential boilers, and they are designed to provide a much higher rate of heat production. They can also be used to generate electricity, as the steam generated by the boiler can be used to drive a turbine.

Industrial steam heating systems are designed to provide a consistent and efficient source of heat throughout a facility. These systems often use multiple boilers that are connected to a network of pipes, which can be used to distribute steam to various areas of the facility. They are also often integrated with other types of heating systems, such as forced air furnaces and radiant heaters, to provide a more efficient and cost effective heating solution.

The tube boiler is a type of boiler that is made up of several tubes that are arranged in a configuration that is typically cylindrical in shape. These tubes are designed to be heated by the combustion of fuel, typically natural gas or other types of fuel such as coal or oil. This type of boiler is often used in industrial settings, where it is necessary to generate large amounts of hot water or steam.

Cooling towers are a vital part of many industrial processes, as they are designed to cool down hot steam and boiler energy. The cooling process is a crucial part of the energy cycle, but it can also be highly complex, depending on the size and scale of the operation. Understanding how to efficiently cool steam and boiler energy is a key part of learning about cooling towers.

Water is an essential element in many heating processes, as it is able to absorb, transfer, and release heat. Heat is used to convert water into steam, which is then used to power machines, such as a boiler. Boilers have been used for centuries to produce steam for heating, cooking, and various industrial applications. When water is heated, it turns into steam and the heat released is used to heat buildings, homes, and other areas. In some cases, the heat generated by the boiler fire is used to generate electricity.

Steam is produced by boiling water in a boiler, which is then used to power turbines. The steam turbines turn to generate electricity, which can be used to heat and power other machines. Steam is also used to pre-heat water that is used in water treatment processes, such as cooling towers and evaporative cooling systems.

By utilizing the power of steam, hot and cooling water, energy and water treatment processes can be made more efficient and effective. These processes are important for ensuring that water is safe to drink and use in a variety of applications.

Steam is an important part of many industrial processes, such as heating, cleaning, and powering machinery. Steam is typically generated from a boiler, which uses fuel to heat water, creating hot steam. Boilers are efficient and cost-effective ways to generate steam for various industrial uses.

Steam can be used to drive industrial processes. In many factories, steam-powered machines are used to drive production. In some cases, steam is used to provide power to the machines, while in other cases, steam is used to heat materials or provide pressurized air to help power the machines. Steam can also be used to clean and sterilize surfaces and equipment in industrial settings, as well as to heat oil, water, and other materials.

Steam has numerous industrial uses, from powering machinery to heating materials. Boilers provide a cost-efficient and efficient way to generate steam for a variety of industrial uses.